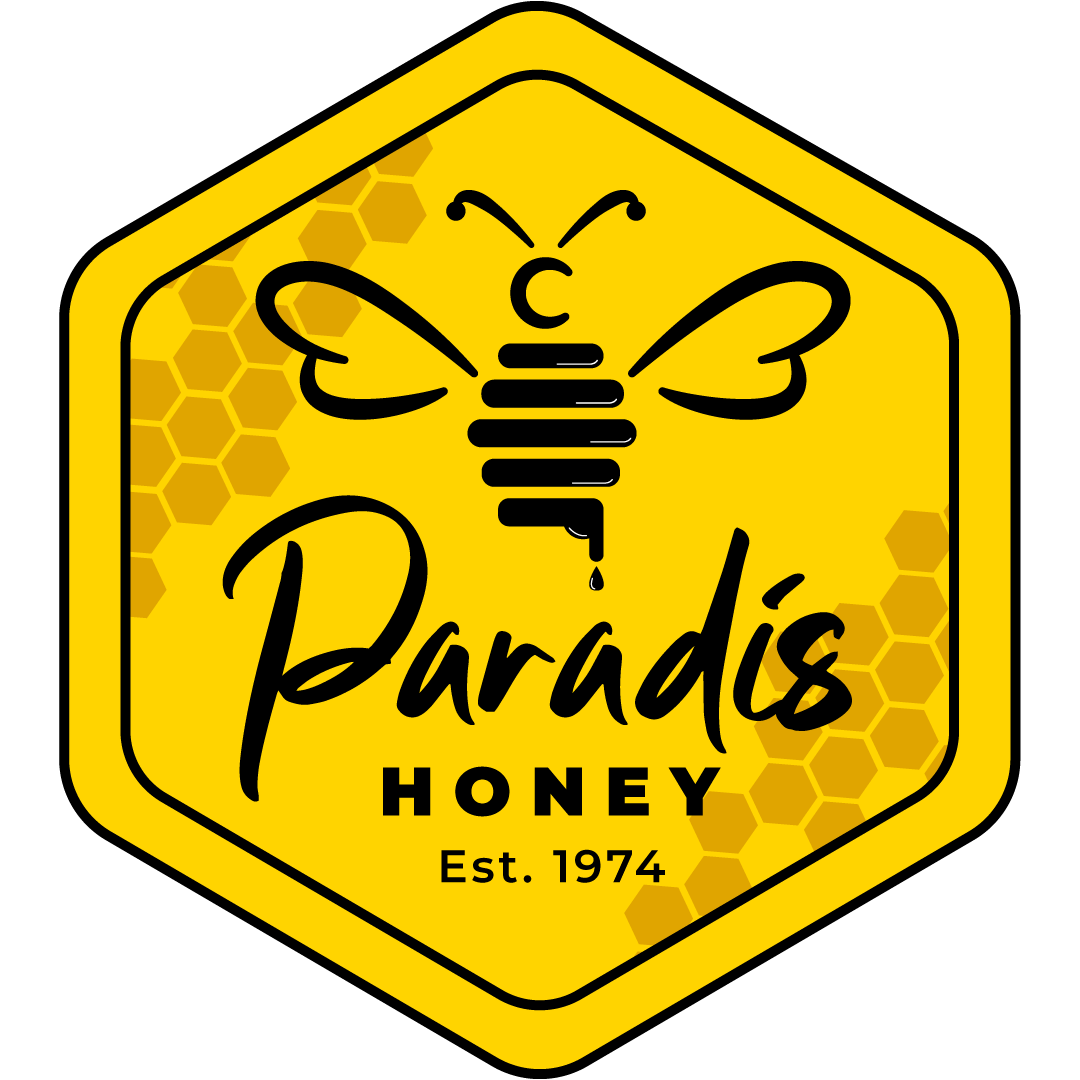 How many different bees are there?

The Queen Bee: usually only one per hive is the only female bee to have fully functional ovaries and can lay up to 2000 eggs per day at a rate of 5-6 per minute during a hives build up period, usually in spring. She will lay about 1000 -1500 per day during the honey production season to maintain a hives numbers, replacing those bees who have died. Between 175000-200000 eggs are laid each year. A queen bee usually lives from two to four years but we have seen queens that are five years old. They lose their ability to maintain the hive numbers after a while so many beekeepers replace them every year or two. Sometimes the hive does this as well when they sense the queen is losing her ability to lay sufficient eggs. They do this by smell. A queen releases pheromones throughout her life which the bees use to identify their queen and hive as well as the state of the queen’s health. They don’t always get it right but neither do we.

The Worker Bee: female bees that do the actual work in the hive, from housekeeping and nursing of young brood in the early stages of life to field bees who collect the nectar, which is turned into honey, pollen to use as a protein source in their food and tree sap among other components which they turn into propolis. Propolis is used as a “glue” to seal the hive and it also has disinfectant and antibacterial qualities which help’s the hive maintain a nearly sterile environment. The worker bees also collect water for the hive. A worker bee lives for about 42 days or six weeks during the build up and honey flow seasons but the bees born in fall seem to have a different biology which allows them to live through the winter to start the early spring build up of the hive.

The Drone: the male bees in the hive which are the only stingless bee in the hive is there only for breeding purposes for future queens although they also seem to add to the general morale of the hive and can be an indicator of a healthy and “happy” hive. Unfortunately they are also the main breeding ground for the Varroa mite which prefers the drone brood for its breeding cycle since the drone spends the most time as a pupae. The drone bee lives through the summer but is of no value to the hive in winter as there is no queen mating during that time so they are un-ceremonially stung to death or forced from the hive to die in the cold

Why do we need honey bees?

The honey bee economic impact is measured in billions of dollars annually, and according to the US Department of Agriculture, pollinate approximately 80% of flowering crops constituting 1/3 of all food eaten by humans.

How much honey does a honeybee make?

How will the products be shipped?

We accommodate all order sizes (small or bulk). Shipping is done through Postal Service, Bus Service, Courier, Rail, Truck and by Sea-can.

Why is there white “cloudy” film on my beeswax candles?

Beeswax will occasionally develop a “bloom” on it’s exterior. This is natural and to be expected, especially when stored for long periods of time. Simply use a hair dryer to remove. Beeswax can be stored safely and kept forever.

How is bee pollen made?

Bee pollen is created by bees from the pollen of the male stamen of flowers. Worker bees collect and transport the pollen granules back to their nest within specially arranged hairs on their hind legs called ‘pollen baskets’. Since bee pollen derives from plant origin its chemical composition will vary somewhat depending on plant source, season and geographic location. Approximately 50% of its structure comprises polysaccharides (carbohydrates), followed by 35% amino acids and proteins, 2% fatty acids and 3% minerals and vitamins.

Does a beekeeper get stung a lot?

In this industry, getting stung by bees is as common as the sun coming up. It is very unlikely that in a working day you will not get stung, and that it perfectly natural. As gentle as we are with our hives, the honey bees still get defensive as to who is coming into their home and taking their hard earned honey. Even with our protective work clothing some stings manage to make their way through!

Where are the Paradis Honey bees located?

We are located in the Peace River region of Northern Alberta.  We avoid areas with pesticides that are harmful to the bees. In the winter the bees are kept in our wintering building where they hibernate for 6 months.

How do I take care of my honey?

You want to store your honey at a cool temperature in order to keep its white pearly colour. Storing it in the fridge will speed up the honey’s granulation. Now keep in mind, granulation is not bad! Pure, raw, natural honey has a natural tendency to crystalize over time with no effect on the honey. Crystallization actually preserves the flavor and quality characteristics of the honey! If this happens to your honey, put the honey container in a bath of hot water until the honey turns liquid, then stir gently until you get the consistency you’re looking for!

Bee swarms, what are they and what do I do?

Bee swarms, although look intimidating, are not aggressive. A swarm of bees is the worker bees who leave a hive from their old queen (about 60% of them are workers). They mainly happen in spring during the reproduction time of honeybee colonies and can contain thousands of bees, and are usually found in trees. Should you encounter a swarm, if you leave it alone they will eventually find a new home and leave. However, you can take a garden hose and lightly spray the bees, this will give them and indication that if they stay, they will get wet, so they’ll get the message and leave. You can also research around your area to see if there is an apiarist you can call that will come take care of it safely for you.

How long does honey last?

FOREVER! Honey does not have an expiration date! Bacteria can’t grow in honey, so it’s perfectly safe for you to eat whenever.

Do bees talk to each other?

They sure do! They’re social butterflies so to speak, and they have been found to communicate through vibrating their bodies and dancing to share important information such as food source locations and more. There are several different dances including: The Waggle Dance (signals food sources outside 100m), The Round Dance (signals food sources within 100m), Cleaning Dance (the queen signalling others to clean her), the Scrubbing Dance (polishes the inside and the outside of the hive), Alarm Dance (warns others of danger), and the Joy Dance (when the hive is VERY happy).

Why do bees collect honey?

Bees gather the nectar from the flower and bring it back to their hive in their honey stomach (yes, that’s what it’s actually called!). In the gut, the sugars are converted and honey is created. Honeybees collect as much honey as they can in order to supply them for the hibernation months in winter.

Worker bees make royal jelly from glands around their heads. The bees deposit the honeybee milk into the bottom of each cell in the colony for the larvae to feed on while developing. There isn’t as much royal jelly made as there is honey, and is very difficult for beekeepers to collect. Royal jelly is made to feed the larvae that are going to be queen bees, but beekeepers can collect it when the larvae are about four days old and sell as a dietary supplement.

Why are bees necessary in our food system?

Bees pollinate about 87% of the world’s nutrition (with some crops being as much as 90% dependent on honeybee pollination). Without bees, there would be a drastic drop in our food supply, they are the only insects that do what they do, and without them our food sources will become very limited.

Why beeswax and not paraffin wax?

This petroleum by-product starts as a grayish-black sludge that comes from refineries, it is bleached, creating dioxins, and is processed and textured using carcinogenic chemicals. The colouring is made with synthetic colorants and artificially scented which creates floral carbons. Beeswax, on the other hand, is completely natural. It is non-toxic, non-allergenic, uncontaminated, and absolutely healthy. Paraffin burns with black soot that coats your walls, household furnishings, never mind your lungs and skin, while beeswax burns with no smoke, and only leaves a beautiful, unaltered scent after cleaning the air each time you use it. We use beeswax to make candles, but others use it in craft projects because it is child friendly and there are no health hazards with beeswax. For more benefits on beeswax, click here to read more!

Have another question that’s not listed? Click here and get in touch with us! We would love to hear from you and help.